Everything you need to know about walnuts

The walnut is a nut similar to almonds, hazelnuts or pistachios, which comes from the walnut tree, a member of the Juglandaceae botanical family. This brain-shaped food contains a fruit called the kernel. Its origin is very old, according to some botanists, the walnut tree comes from our regions (Europe). A product known for its nutritional value, this sweet and slightly bitter fruit is a real health ally. 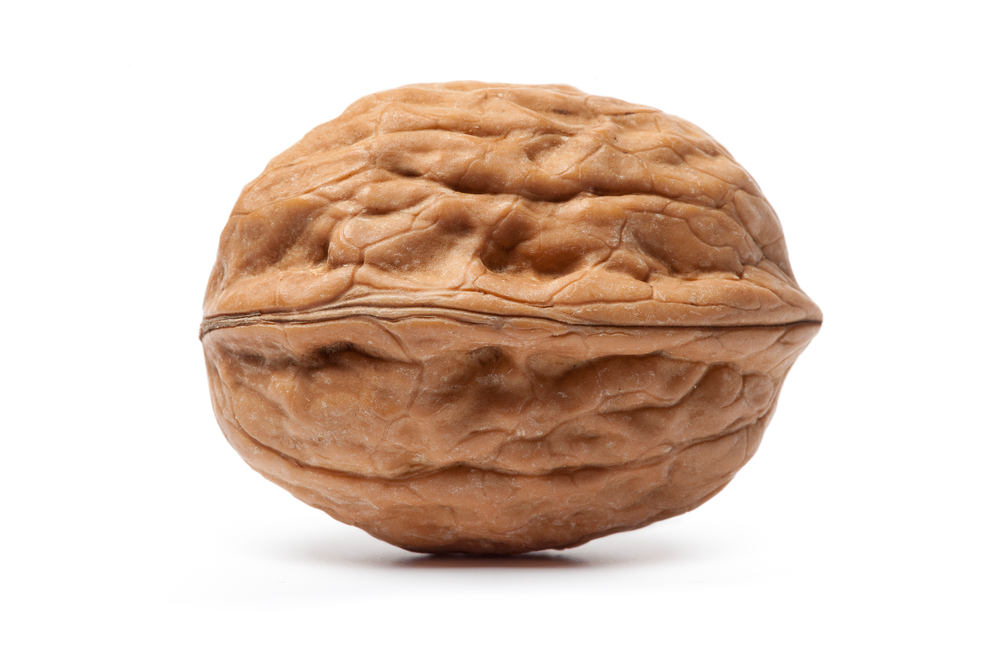 What is the walnut?

A bit of history on the walnut
Originally from the East, the walnut or Juglans regia was brought to Europe by the Romans. Currently, the two main French production regions are the Dauphiné and the Périgord. In Isère, walnut cultivation dates back to the 11th century, but developed particularly at the end of the 19th century. The Grenoble walnut was the first walnut in the world to obtain an Appellation d’Origine Contrôlée (AOC) in 1938. While the Noix du Périgord had to wait until 2002 to obtain this certification.

It is one of the shell fruits (called “à coque”), like almonds, hazelnuts and pistachios, which, unlike fresh fruit, are very rich in lipids.

The walnut tree is a fast-growing tree that can reach up to 25 metres in height. It takes 5 to 6 years to produce nuts.

During germination, the shell opens in two. The fruit that is eaten is the nut seed, enclosed in its own kernel.

The harvest of fresh nuts starts in mid-September. They are sold undried and will remain on the shelf for less than 2 months.

In the first days of October, the dried nuts are harvested. Once they have been freed from the scales on the tree, they can be picked up directly from the ground.

Before being put on the market, the nuts are washed and dried.

The characteristics of nuts

Despite its small size, it is a concentrate of energy, and the benefits of the nut are numerous. It is composed of 65% of lipids and is ideal for those times when you feel hungry. Be careful not to eat too much, as it is very high in calories (600 kcal/100 g). However, most of the lipids it contains are omega-3 or omega-6 polyunsaturated fatty acids: they help to reduce cholesterol and are beneficial for the cardiovascular system. Both nuts and almonds are also a good source of protein, containing up to 12%. The vitamins in nuts will supplement the intake.

A high quality oil with a very distinctive taste is obtained from the nut, which preserves the nutritional properties of the fruit.

Its crunchy texture and buttery sweetness combined with a slight bitterness make the nut a must in salads. In baking, it can be wrapped in marzipan, honey, caramel or used for a cake decoration.

Walnuts are available in 3 forms: the first, fresh or early walnut, marketed immediately after the start of the harvest, in mid-September. It is still rich in water, its kernels are white and soft. Then a dry nut, harvested in early October, when its shell breaks and falls off the tree. Finally, the walnut can be sold in shell, kernel or half-kernel, which is practical for use in confectionery or pastries.

What are the different varieties of nuts?

Like all fruits and vegetables, the walnut is no exception to the rule and comes in several varieties. Several main varieties can be distinguished according to their geographical origin. France is now the leading producer of walnuts in Europe with two controlled designations (AOP): Noix de Grenoble and Noix du Périgord.

The Franquette: with a hazelnut taste, it is the most popular variety grown in France. It is found both in Périgord and Dauphiné.

Mayette: named after Mr Mayet, a resident of Poliénas (Isère). Representing less than 10% of national production, this variety is no longer used because of its lower yield.

La Parisienne: This variety with a very rounded shell has a clear and abundant kernel with a very sweet taste. It is harvested in Isère from October.

Fernor cov: This large hazelnut is a cross between Franquette and Lara. It is produced throughout France. Its taste is pleasant and simple.

The Marbot: it is best eaten cold. The water-rich kernel is slightly white. With its very sweet and fruity flavour, the Marbot is very similar to another nut: the almond.

The Grandjean: has a round shell and a fairly colourful kernel. Grandjean is typical of the Dordogne. Its taste is marked by bitterness.

La Corne : With a solid shell and a very light-coloured stone, it is found in the Dordogne and Corrèze. Its sweet taste goes well with many desserts.

Health benefits of walnuts and reasons to eat them

Rich in “good fatty acids”, they reduce the risk of cardiovascular diseases.

Walnuts rank second among many other plants (fruits, vegetables, nuts, seeds and grains) for their antioxidant content. Antioxidants are compounds that reduce the damage caused to the body by free radicals. These are highly reactive molecules that may be involved in the development of cardiovascular disease, certain cancers and other age-related diseases.

Rich in fibre, they are a very healthy appetite suppressant for anyone watching their weight.
Do you think that high-fat nuts are fattening? You can be sure that all the studies show, on the contrary, that eating nuts in reasonable quantities (a handful a day) does not make you fat. In fact, the calories contained in this nut are not completely absorbed by our body. On the contrary, thanks to their high fibre content, they are an ideal appetite suppressant for dieters.

Rich in protein and fatty acids, nuts are a good source of energy.

If you feel physically or mentally exhausted, consider eating nuts! Because of their high protein and fatty acid content, they are an interesting energy food. In ancient times, because of their brain-like shape, they were even considered good for stimulating the intellect.

How to choose a nut?

When buying, check that it is heavy enough, with both shell valves well sealed and no signs of mould. Shake if you hear the fruit moving, this is not good, as it is a sign that the nut is drying out. Indeed, despite the appearance of solidity, the nut is a delicate fruit that needs to be cared for. The two kernels are protected by a hard shell for a reason.

How to store a nut?

Depending on the form, fresh or dry, in shell or in kernels, the rules of conservation will not be the same.

For fresh walnuts, simply put them in the refrigerator crisper and eat them quickly, within 2-3 days. Dried nuts do very well, mostly up to 1 year after purchase. To do this, they should be stored in a cool, dry place away from the sun, just like a potato.

How to eat and cook them?

Nuts can be eaten fresh or dry, plain or cooked both salty and sweet. It can be eaten whole, in pieces or in flour and breadcrumbs in preparations such as cakes. The nut can also be eaten in oil form. Nuts can be baked for ten minutes in the oven or fried in a pan (for example, in a saucepan with vegetables).

How many nuts per day?

Quantities vary according to individual calorie requirements, but studies have shown that 30g of nuts per day (3 to 4 nuts) is the optimum amount for your health and your figure. Athletes with increased caloric needs can afford to eat more.

Nuts are allergenic and should not be introduced into the diet of children under the age of 3, as there are some, albeit minimal, harms associated with nuts. They should be introduced very carefully, in small quantities, with a gradual increase. People prone to kidney or urinary stones should limit the consumption of nuts because of their high oxalic acid content. Finally, nuts can cause sores in people prone to mouth infections.